There are many types of uncertainty that economists have to deal with. Uncertainty in measurement of facts and figures (due to sampling or measurement error) - see Concepts: Facts and Figures. Uncertainty about an outcome or effect due to unknown states of the world. Uncertainty due to our lack of knowledge about behaviours or model assumptions.

Many economic variables, outcomes or effects will differ in different states of the world. See the way the Bank of England present CPI inflation projections (Bank of England Prospects for inflation).

The IFS shows uncertainty in individuals' responses to an increase in marginal income tax rates in a very straightforward way in Figure 3 of their analysis of the Labour Party Manifesto in the 2017 election.

Orazio Attanasio, Oriana Bandiera, Richard Blundell, Stephen Machin, Rachel Griffith and Imran Rasul respond to a column in the Guardian column that  reproduced some classic misconceptions about what economists actually do. 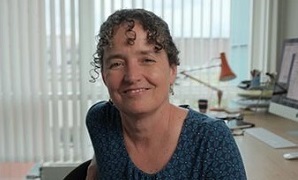