Setting up and running a policy blog that thrives

When India’s government decided to remove high-value banknotes from circulation in late 2016, the print and broadcast media turned to ‘Ideas for India’ to understand the fallout. Set up in 2012, this platform for economists and other social scientists to influence policy debate has flourished where so many other blogs have foundered. It receives on average 19,000 unique visits a month; and its content is reused by the Mint and Business Standard newspapers and websites, which receive well over two million visits a month. We asked the editor-in-chief Ashok Kotwal and managing editor Nalini Gulati to share their tips on how the site has survived and thrived. 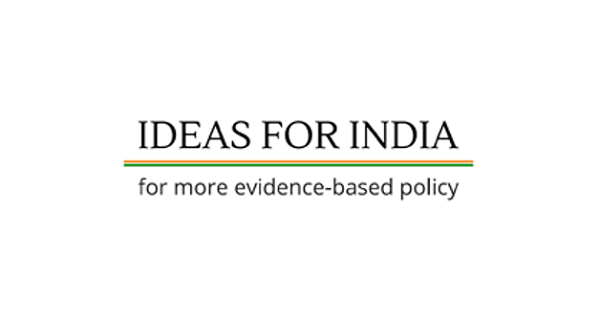 Communicating Economics: Ideas for India (I4I) is a website that provides a platform for researchers and practitioners to share their analysis, evidence and experience and to contribute to policy debate in India. What made you start up I4I and get involved in the project?

Ashok & Nalini: The primary space for sharing economic ideas in India is the print media, which has limitations:

• Lack of evidence-based commentary, with opinions and anecdotal accounts frequently used to justify arguments and positions.
• Narrow framing of issues and inability to add structure to policy debates.
• Exclusion of relevant technical details due to readership and word limits.
• Ideological biases.
• Myopia and short memory.

A group of economists at the International Growth Centre (IGC) felt that there was a need for a common, ideologically neutral platform – to complement the print media – for systematically exchanging and debating evidence-based ideas.

The IGC provided the funding and the site launched in autumn 2012 after roughly eight months of planning and development.

Communicating Economics: We remember that time well as we both worked with you in setting up I4I. The model was a VoxEU.org for India. At the time, the site Nada es Gratis showed it could be done for a single country, in this case Spain, which had unemployment above 20%. The Spanish prime minister was reading the site daily and had recently invited editorial board members to brief him on economic reforms.

The hardest thing is starting: how did you get the ball rolling? What practical steps did you take?

Ashok & Nalini: To get started, the founding editors reached out to their networks, outlining their vision for I4I and its aim to support evidence-based policy-making in India. This resulted in a group of about 60 potential contributors who committed to writing for the blog whenever they completed a new piece of research relevant to policy in India, and/or had an informed perspective on ongoing policy discussions. We launched with about five articles from prominent economists, which encouraged other economists to contribute.

Communicating Economics: Setting up a site is pretty straightforward but keeping the supply of content and the demand from readers is the hard part. We recall that to provide a buffer, there were 20 launch pieces that were published steadily over the first few months. As the site is creative commons, there were also some posts reposted from other sites with permission and appropriate attribution. This ensured that there was always something ‘new’ on the site.

Ideas for India receives voluntary submissions from researchers with just a few staff editing and managing the site. How does this model work in practice?

Ashok & Nalini: We invite submissions as well as consider voluntary submissions. We post new content about three times a week, and at any point, we tend to have material for the next couple of months.

The editor-in-chief guides the overall strategy of I4I, makes final decisions regarding inviting/accepting content, and ensures that the blog remains responsive and relevant to ongoing policy discussions.

The editor-in-chief consults the editorial board on key strategic decisions, and on specific content – based on the area of expertise of particular editors. The managing editor leads the editorial team (including a content editor, copy editor, and logistics manager), who are responsible for the day-to-day running of the blog.

The editorial team tracks new research and analyses on/related to India and makes recommendations to the editor-in-chief on inviting submissions; edits content to ensure that it is accessible and engaging, and conforms to the blog’s style; undertakes targeted dissemination of content; manages the social media presence of the blog; liaises with the technical team that maintains and hosts the web platform; collaborates with other platforms that reprint content from I4I; and so on.

Communicating Economics: At the start, you were pleading for content, demanding it from anywhere, but now you have a regular supply. When did that change and how?

Ashok & Nalini: During the first year or so, it took considerable effort to source enough content to be able to post regularly on the blog, because initially it is hard to convince people to write for a new platform that may or may not be successful in attracting a sizeable readership, rather than an established one.

We demonstrated value through the quality of content, effective dissemination, and brand-building and visibility through public events. Readership expanded. Other platforms began referring to or reprinting content from I4I. The blog was endorsed by leading researchers, media representatives, policy-makers, etc. Then a snowball effect kicked in and we had a regular supply of contributions.

Communicating Economics: Ideas for India is now a success of course, but we recall seeing you at a conference for researchers in London when the site was only a few months old and you looked disappointed as not many people had turned up to a session introducing the site. What made you resolve to carry on?

Ashok & Nalini: We understood that I4I was filling a niche space in the Indian policy arena, and that it may take time for readers to recognise its value addition to the existing, more traditional platforms that they were used to. The team believed strongly in the blog’s mission, and we were willing to put in time and effort to establish credibility.

Communicating Economics: When was the moment that you realised that Ideas for India would work and not die out like so many other blogs?

Ashok & Nalini: The launch in July 2012 when we received support from a wide range of policy stakeholders; the blog was featured on The Economist Blog and Forbes India, and existing leading publications expressed interest in content collaboration.

Communicating Economics: What were the key things you did right?

• Putting together a group of founding editors that believed in the mission, and were pro-active in getting others on board.
• Laying down clear processes and responsibilities internally.
• Establishing informal content-sharing arrangements with other platforms. The tie-up with the Mint newspaper since the launch (and subsequently a similar arrangement with the Business Standard newspaper) have been particularly helpful in enhancing visibility. Condensed versions of selected I4I posts are carried by Mint/Business Standard and interested readers are directed to the more detailed version on I4I. Our contributors who were already regular contributors to leading national dailies in India valued the opportunity of providing more detail in I4I versions of their newspaper articles.
• Most I4I posts link back to a wider body of research on a topic, such as working papers on the IGC website. Thus, readers can drill down to varying levels of technical detail and analysis.
• Working closely with contributors while getting a submission ready to be posted on the blog and ensuring that both the contributors and the I4I team are happy with the final versions.
• Maintaining a good mix of content types; topics covered; content of general policy relevance versus current issues.
• Introducing new content types as the site evolved.
• Keeping an eye on visitor statistics and readers’ social media interaction and striving to cater to what users want from the site.
• Being responsive to readers that get in touch with us and pro-actively acting on feedback as much as possible.

Communicating Economics: And what things do you wish you had done differently?

• More features on the website to encourage reader interaction.
• We could have tried to have a higher frequency of posting new content, and being more relevant to current policy discussions (through opinion-based perspectives, e-symposia etc., which were introduced as content types later on) in the initial phase as well.
• Higher frequency of multimedia content; introduction of podcasts.
• A constraint on how deep into Indian society I4I can reach is language. I4I content is only available in English, while India has 22 official languages. Given the current capacity, we are not able to handle translations into other languages, in terms of logistics, especially given the importance of ensuring consistency with original versions. Thus, while regional-language media platforms have expressed interest in reprinting I4I content, we are not able to exploit these opportunities fully or on a regular, sustainable basis.

Communicating Economics: What is your ‘greatest hit’ in terms of impact?

Ashok & Nalini: In November 2016, an article by I4I editor Pronab Sen on India’s demonetisation was the first to draw attention to the significant, negative impact of the move on the large informal sector of the economy. The article was reprinted by the Mint newspaper and The Wire. Subsequently, Dr Sen was interviewed by and quoted in several media platforms, including: Financial Express, Economic Times, Deccan Chronicle, India Spend, Hindu Business Line, Frontline, and Indian Express, among others. Dr Sen was also invited to present his analysis to a parliamentary standing committee on demonetisation. The analysis was referred to in the chapter on demonetisation in the Economic Survey of India 2016-17 – a key policy document that is presented to the parliament by the chief economic adviser to the government of India, a day before the union budget.

Communicating Economics: What advice would you have for others thinking of starting such a project?

Ashok & Nalini:
• The planning phase leading to the launch is crucial; a great deal of preparation is required to ensure that one does not start with a bang and end with a whimper.
• Putting together a core team who are bought into the idea and have clear roles and responsibilities.
• Clarity of goals and strategies.
• Remain sufficiently flexible to adapt to reader responses/feedback/changing contexts.
• The key focus should be quality.
• Develop an effective dissemination strategy comprising targeted emails, newsletters, social media, content-sharing arrangements, and public events.

Communicating Economics: What does success look like for Ideas for India – what’s next?

Communicating Economics: Thank you – we wish you all the best!

‘Ideas for India’ launched in autumn 2012, with funding from the International Growth Centre (IGC) and advice from the co-founders of Communicating Economics. The website is now thriving with 19,000 unique visits a month. I4I content is also reposted on the Mint and Business Standard websites, which have readerships of millions each month.
The portal targets a wide audience including policy-makers (~9% of registered website users); academics and researchers (~20%); NGOs, civil society and other advocacy organisations (~7%); media (~2%); private sector (~21%); as well as other informed lay readers (~41%).