An interview with Evan Davis

Newsnight presenter Evan Davis was an economic researcher before he joined the BBC. In this conversation recorded in May 2008, he discusses communicating economics in good times and bad. 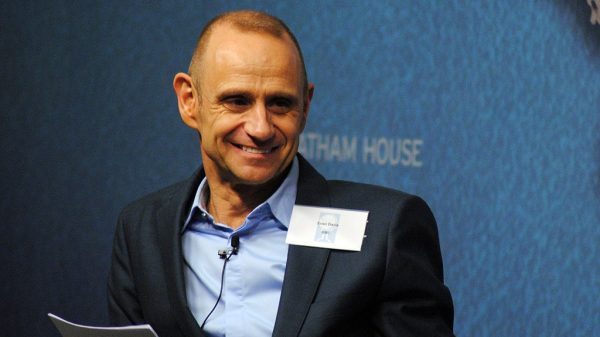 Romesh Vaitilingam: Evan, I wonder if you could start by outlining your career?

Evan Davis: I studied economics at a fairly superficial level at university, carried on doing it at a somewhat less superficial level at the Institute for Fiscal Studies (IFS) and then studied it at a Masters level at Harvard. I then went back and acted as a researcher for John Kay at the London Business School and then spent a little more time at the IFS.

So really till I was about 30 years old, I’d only ever studied economics, worked for John Kay or worked for the IFS. Those places – the two were very linked – imbued me with everything I think about economics. And since the economics they do is very much in the world of practical policy – media-oriented, rigorous but nevertheless relevant – getting a job at the BBC didn’t feel quite as sharp a jump as it might have done.

Since then, I’ve worked my way through the BBC – from general economic news to Newsnight to being economics editor. And now I really have left the world of economics formally and am a presenter of the Today programme. [Evan has since moved on to present Newsnight.]

RV: How has the time you spent in economics influenced the way you approach your work as a journalist?

ED: It seems to me that there are essentially two types of economists. Those who see their job as building models of more and more complexity to understand what’s going on in the world – the Treasury model is a good example – and those who discard information and simplify to get at the basic story. I don’t think that one approach is better than the other, but some people are better cut out for one than the other.

As a low grade academic, I had noticed that I was much better at discarding information than acquiring it. I think that skill was well deployed in journalism and it’s very much the approach I took as an economics editor, not using lots of numbers in my reports and aiming to repackage all the information out there and make it more useful to people by stripping it down and pointing out some patterns.

For what it’s worth, I think the best academics are the ones who are good at both handling the micro-data and describing the big picture. Most academics, in truth, are probably rather better at the micro stuff. The least respected are the ones like me who can’t be done with all the detail. So given my natural intellectual tendency, I think I was right to move away from academia to journalism.

RV: I wonder if we can apply that distinction more generally to the impact that economic research and economic ideas have on people’s lives. It sounds like both the ‘complexifiers’ and the ‘simplifiers’ have something to contribute. What’s your perspective on what they do for society?

ED: I would like to say they add quite a lot to the sum of human knowledge, but the truth is when you ask economists that question, you often find a relatively small number of papers quoted. Economists certainly make useful contributions to evidence-based policy and you can bank that. But I think a lot of the purpose of economics is not actually in the specifics of the research: it’s in providing rigorous ways of looking at issues that are helpful in understanding the way the world works.

In other words, the simplifiers have a big contribution to make. They have clear thinking that, in policy terms, is in short supply. A lot of what goes on in government and what contributes to our daily lives comes out of the simplifiers asking the right questions, looking at issues in the right way – with costs and benefits added up properly and risks taken into account – and prompting the right decisions to be made.

Both the simplifiers and the complexifiers have their purposes. But I wouldn’t underestimate how much the basic story matters in the dictation of policy as well as the detailed evidence. A good example of that is Nick Stern’s review of the economics of climate change. This was a powerful, complex piece of economics but its impact was less in the detail than in the simple messages that were drawn from it. You need the complexifiers to give the credibility but ultimately it’s the fairly simple headlines that are drawn from the complexity that actually drive things.

RV: You once said that one important role for economists is to inch forward public understanding. I wonder if you see a positive trend, say over the last ten years, in terms of the sophistication of public debate about serious policy questions.

ED: Yes I do – and inching forward is the right pace to describe it. I think it’s become accepted that economists probably have something sensible to say about transport policy, health policy, environmental policy. And in all these areas, you see economics talking – and rather more loudly here than in some other countries. This is the country with a congestion charge, which is an economist’s solution to the problem of urban congestion as opposed to madcap schemes based on number plates.

I think instinctively the British have come to respect microeconomics in a way that some other countries don’t – and that’s why we have a more economics-driven trade agenda, a better approach to transport policy and have taken a somewhat robust line on lots of other issues. And in macroeconomic policy, we have one of the most eminent economists in the country running the Bank of England [Mervyn King, who left the position of governor in 2013].

RV: What about the role of economics in the particularly difficult economic circumstances we currently face [mid-2008, when the financial crisis was turning serious]?

ED: I think this episode is slightly embarrassing for economists, net. It’s not great for the profession that we’ve talked about trying to end the cycle of booms and busts and congratulated ourselves on the improved framework for policy, and yet we’ve allowed ourselves to have a nineteenth century-style bank run and a house price crash. Even if we’re not in the forecasting business, we ought to have been in the business of saying the current situation is unsustainable and various scenarios could play out badly.

In fairness, economists were pretty good at saying that there are global imbalances and the housing market might fall. And I don’t think you would necessarily expect economists to predict the particular nature of the crisis – that it would come out of sub-prime and lead to an overall credit crunch.

But the question we all have to ask ourselves – particularly those of us who’ve been in communication – is did we do enough to warn people that there could be a very bumpy patch? I’ve asked myself this a lot and I think the answer is we did try to tell people but we didn’t try hard enough. In particular, we failed to tell people that when times turn bad, lots of things can get bad simultaneously.

One of the reasons we didn’t do enough is that there’s a mood pervading both the economics profession and the public at large that is only receptive to a particular message at a particular time and essentially blanks out anything that’s not consistent with that message. Only when the narrative changes, when this sort of the economic earthquake occurs, are we receptive to all the other news.

RV: Can economists provide the tools to get us out of these difficulties?

ED: I’m not sure it’s going to be economic answers as much as trying to foolproof the human systems that run these economic systems. There’s a very good TV programme called Air Crash Investigation, which analyses what went wrong in various plane disasters. In a surprisingly large number of cases, there’s a small human failing in a very sophisticated system. For example, one crash happened because the covers had been left on altitude indicators after some routine cleaning.

Now obviously the airplane engineers could say to themselves we need more sophisticated ways of making our planes failsafe. But equally, we need to ask what is the weakest link in these very sophisticated systems. If the cleaner can do something that is mission critical for the survival of the plane, you’d better think more about the human processes as well as the engineering issues.

I think there are economic analogies here. For me, one of the most interesting things to come out of recent economic events is the degree to which you need to look at human factors as well as economic ones, and not always assume that there’s an economic model of rationality that underpins human behaviour. It might be that we’re evolving towards rationality, but in the meantime, we could allow ourselves a slightly faster pace of evolution if we study the human factors.

RV: Let’s finish with a long-term question about the value of economic growth to the average citizen – the question about Queen Elizabeth I’s standard of living.

ED: It’s a very interesting question and I take the view that the average citizen today does have a better standard of living than Queen Elizabeth I and that is the result of a set of institutions – an economic system – that delivers growth. And the best thing about the 2-2.5% growth rate that we expect each year and have come in a way to demand is that it allows society a bit of hope. It allows people to feel that things might be better next year, and if we all believe the cake is going to get bigger, it makes all sorts of arguments much easier to resolve.

Or put it this way, Nick Stern’s review says that the cost of measures to tackle climate change is 1% of GDP. Expressing it as billions of pounds of present value sounds quite a lot. But putting it in growth terms, I could say that it just means forgoing the last six months of our economic growth and going back to the trajectory thereafter. That really doesn’t sound like much of a sacrifice. Projecting and expecting 2% growth each year makes life a lot more than 2% easier.