Holding out for a hero… or two or three

Two journalists we both admire have written similar articles at the start of 2017… reflecting in part on a bad year for economists and a worse future, unless we have better champions of economics.

The first: America Needs a New Milton Friedman by Noah Smith on Bloomberg Views, on 23 February.

The second: The Problem with Facts by Tim Harford, the Undercover Economist, in the Financial Times on 6 March.

Both articles are worth reading in full. Here we focus in on a key point. 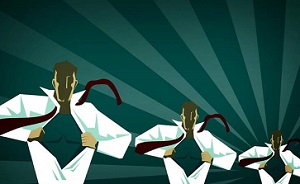 "We need a new Milton Friedman for this new age. Economics and the world have both changed, but public discussion is still too often based on the ideas of the 1970s and 1980s…. We need a Milton Friedman of empirical economics. This should be someone with an unquestioned academic pedigree, who is also good at boiling down a complex academic literature in ways laypeople can understand. Someone who can sit in front of both a camera and a keyboard, patiently but entertainingly explaining the world of empirics to the world at large."

Crucially, Smith sees a need for someone with ‘academic pedigree’ and the ability to entertain and explain for any audience.

In the second article, Tim Harford writes on the battle against post-truth politics, arguing that ‘facts are not enough’. Indeed fact-checking a lie can often reinforce the myth. Facts can be boring, off-putting and can even backfire – making people more defensive rather than open-minded to a new way of seeing the world.

Harford’s suggested solution? We need someone to arouse curiosity – citing a recent paper by Dan Kahan, Asheley Landrum, Katie Carpenter, Laura Helft and Kathleen Hall Jamieson arguing that people who are more curious are more likely to be persuaded by new information.

"What we need is a Carl Sagan or David Attenborough of social science — somebody who can create a sense of wonder and fascination not just at the structure of the solar system or struggles of life in a tropical rainforest, but at the workings of our own civilisation: health, migration, finance, education and diplomacy. One candidate would have been Swedish doctor and statistician Hans Rosling, who died in February. He reached an astonishingly wide audience with what were, at their heart, simply presentations of official data from the likes of the World Bank."

So as well as academic pedigree and ability to explain and entertain, we also need someone who can also create a sense of wonder and fascination – and crucially someone who can show that social science is not a hard truth but a fluid journey of discovery.

This is a tall ask of anyone. Perhaps too much to ask.

Some would argue that this is actually a job for economic journalists – the Tim Harfords and Noah Smiths of this world – and not for economists. But I think Smith is right when he says:

"[S]omeone with Friedman’s academic pedigree — he won the Nobel in 1976, and was hugely influential within the discipline — would have more credibility than any writer."

Others might argue that celebrities and entertainers should do the job – as brilliantly done in the 2015 movie The Big Short whenever a bit of jargon needs to be explained. But, fun as the film is, it isn’t a viable solution. Selena Gomez and Margot Robbie won’t be available to go on BBC News or CNN this evening to present evidence against a poorly designed policy.

Some economists would say that the modern-day pressures of the academic grind mean there is less and less chance of a new public champion emerging.

I have a lot of sympathy for that view – having seen first hand some of the best economists go unrewarded for educating anyone other than their paying students or talking to people other than their academic peers.

It is the goal of this website to provide the tools and tips to as many economists as possible to raise the chances of a new public champion emerging.

But does it have to be just one economist? Can we not have many heroes?

And, just because it is hard, that is no reason not to try. Especially if, like us, you don’t want to live in a post-truth world.