Economics involves both objective and subjective analysis - we call these positive and normative economics - and it is important when communicating economics that you are clear about this. Both positive and normative economics play an important role for government, business and people in helping them to make choices and to trade off costs versus benefits of specific actions. The language we use, and the clarity with which we communicate economics, can help to make this distinction clear, and help people to make better informed decisions. 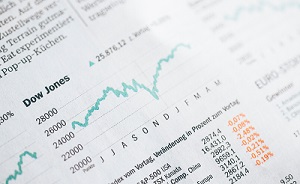 Positive statements are objective statements that can be tested, amended or rejected based on evidence; they describe what is true about the world. A positive statement typically involves analysis of data. It might rely on some assumptions about measurement or about econometric methods. It describes and quantifies the world. Positive statements are generally falsifiable and do not involve a value judgment. They will almost always rely on researcher skill and judgement, in terms of what data is used, how things are measured, what econometric methods are used. While positive economics is all about facts, facts can be false, misleading or misinterpreted.

Normative statements are about what should be true about the world. They are subjective statements that typically rely on value-judgments or opinions, and requires us to take a view about the world. However, normative economics differs from pure ideological or political statements in that it is based on economics methods. It will typically involve modelling assumptions, but these can be clearly stated. With some normative statements in economics there is near unanimity amongst economists, with others there is some moderate disagreement, perhaps rooted in different assumptions about the consequences of an action, and with yet others there is considerable disagreement about the fundamental assumptions and basis of the analysis. For example, most economists agree that in the presence of externalities policy intervention can lead to welfare improvements. However, there is considerable disagreement about how much redistribution the government should do, and from whom and to whom we should redistribute.

Examples of positive and normative statements

Positive: Adolescents in the UK drink about three times as much sugar as is medically recommended; around half of that comes from soft drinks: Normative: The unanticipated health, economic and social consequences that arise from excess sugar consumption justify the imposition of taxes on sugary soft drinks.