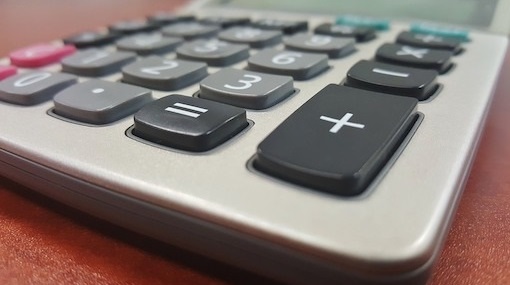 It has become routine to assault the “dismal science” with a dismal ignorance of what economics actually involves. Writers, students and even some social scientists from other disciplines who have very little exposure to what economists do are quick to point the finger and declare economics as a veil for vested interest, and dismiss it as a way of thinking that is fossilised in numbers.

Sometimes, though, the criticism can even come from within the economics bubble itself. This week, a column by Larry Elliott in the Guardian wrapped up a whole array of these fashionable assaults in a single piece of prose. He wrote: “Neoclassical economics has become an unquestioned belief system and treats anybody who challenges the creed of self-righting markets and rational consumers as dangerous heretics,” adding “Complex mathematics is used to mystify economics, just as congregations in Luther’s time were deliberately left in the dark by services conducted in Latin.”

That is simply wrong. Not only that, it is dangerous. Such ill-informed expert bashing is exactly what gives politicians the excuse they need to make policy whilst ignoring evidence. It is also very distant from the empirically based discipline that we see as modern economics.

Like most economists, we do not try to forecast the date of the next financial crisis, or any other such event. We are not astrologers, nor priests to the market gods. We analyse data. Gigas and gigas of data on how much people work, which jobs they do, what they buy and what they eat, how they do in school and other aspects of human life. We do so for the UK and many other countries around the world—rich and poor.

We analyse this data to understand how people make choices, because that determines how they respond to policies and how they interact. You can ask us about taxes, social mobility, inequality, crime, poverty alleviation, pensions, roads, sanitation, public safety, and, obviously, wine, beer and cider prices.

We recognise the important role that government plays in determining well-being and life chances; some of us have spent most of our lives trying to figure out how to design taxes equitably and efficiently. We worry about alcohol prices and the impact on public health. We study whether minimum wage floors are set at sensible levels. We work with governments and NGOs in Bangladesh, India, Uganda, Pakistan, Zambia to build evidence on issues as diverse as which poverty alleviation policies actually work, how best to recruit and retain community health nurses in rural areas, and how poor households can be supported in their parenting practices to foster the development of their children early in life.

But why do Elliott and many others have such a distorted view of economics?

The first answer to this question, we think, lies in a misunderstanding of the purpose of mathematical models. Critics complain that economists’ models are not realistic and make absurd assumptions. The London Tube map is not realistic and makes absurd assumptions. If it did not it would be illegible. And useless. The map is useful precisely because it abstracts from unnecessary details to show you the way. This is what economic models are for, they help us to find our way through complex data in a complex world.

When economists write a mathematical model they do so to highlight particular aspects of reality without confusing details. Take the infamous “homo economicus” theory, which says that humans are both selfish and rational. We think that this explains the behaviour of many corporations well. We also think that it does poorly at explaining how we treat our children—but it is useful precisely because it serves as a benchmark. Economists spend most of their time studying departures from this benchmark—altruism towards our children, irrational behaviour when drinking. And not just at the fringes. These are Nobel Prize-winning economists from Richard Thaler to Oliver Hart to Jean Tirole.

The other function of maths is that it can be a powerful lie detector. It will not let you get away with lies, or, to be precise it will tell you exactly which assumptions you would need for those lies to be true. It offers a framework that economists can use to empirically test key, first order principles. Absurd assumptions are the canary in the mine.

A further misunderstanding is that most economists spend most of their time doing maths. This is just plain wrong. The way economics is done has been transformed in the past 30 years with an empirical revolution, meaning we now use fine-grained data on individuals, households and firms. In a recent survey of published work in top journals, over three quarters of papers analysed data collected either by the researchers themselves or from secondary sources. Economists provide evidence, increasingly using randomised control trials, or big data. Often this leads to theories being supported or knocked down: this is the bread and butter of modern economics, with many more examples being discussed on Twitter with the hashtag #whateconomistsreallydo. Mathematical models account for less than a quarter of economics output. Why they get so much prominence in the layman view remains a mystery.

Another misconception is that most economists think that markets are perfect and frictionless. Again, nothing can be further from the truth. While a perfectly competitive market is a useful benchmark, most interesting economics is about the study of market imperfections: real markets are characterised by asymmetric information, frictions, market power; all features that are central to modern theories and that are essential in determining key outcomes. This is the subject matter of the best economists, such as another Nobel laureate Alvin E Roth, who has studied the design of things called “matching mechanisms,” relevant from schools to kidney allocations.

Then there is the misapprehension that the profession is keen to keep all this hidden from its students. Innovations in the teaching curriculum designed to highlight the empirical nature of the discipline and imperfections of real economies from the beginning—such as CORE—are now being widely adopted for teaching undergraduates around the world.

Most importantly, and the reason we are writing this, is that all the bashing of economics can change how policy is made. It gives politicians freedom to make policy choices without being accountable to the facts. We are heading away from evidence-based policy and dangerously close to surrender to special interest groups, gut feelings and superstitions. Now, that is something truly scary.

This article was first published by Prospect Magazine and is reproduced here with permission.