Economics: the profession and the public 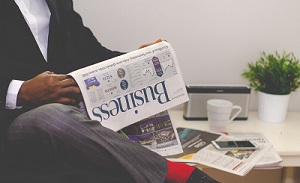 ‘If your pictures aren’t good enough, you’re not close enough’, said renowned war photographer Robert Capa. So does that mean that if you aren’t being understood, you should move closer and talk louder?

Good advice does not always translate easily – and as Diane Coyle reminded us at an event on the communication and understanding of economics organised by the Economics Network, economists may need to find other ways of engaging the public than speaking the same way more emphatically.

The symposium – entitled Economics: The Profession and the Public and held at HM Treasury on 5 May – brought together around two hundred economists from government, academia, business and the media to discuss the particular challenges of communicating a technical subject to the public.

The day was introduced by the Treasury’s chief economic adviser Sir Dave Ramsden; and the first speaker, Paul Johnson of the Institute for Fiscal Studies (IFS), noted how economists may speak the same language even though the different voices of academics, policy economists and those in other professional settings may sometimes give a cacophonous impression.

Johnson appealed to education to improve the general level of economic literacy so that the language of economics may better resonate with the general public. He lamented the low participation of women in the profession, a problem that may be related to the poor reception of economic language.

The symposium later heard from Marina Della Giusta (University of Reading) on how the search for a language that could be understood more widely was also keenly felt in the world of Twitter, with significant linguistic differences between tweets made by economists and those by natural scientists.

During the symposium, a new YouGov survey, run by ING and the Economics Network, was introduced, which brought some evidence to support the issues raised by Paul Johnson. Respondents expressed strongly the view that economics is important not just for a better understanding of personal finance but also to enable more informed choices during elections. Coupled with this sense of the subject’s importance was a desire to learn more and to embed economics within general school education.

Panel members strongly supported the suggestion of including economics in school-age children’s education and Tim Harford made a plea to speak differently about economics, to use a language that sparks and kindles interest in economics via motivating narratives rather than a drier scientific reporting method.

The panel discussed the pros and cons of a body such as the RES becoming the voice of economics, curating and extracting a consensus view to present to the media on critical issues such as the UK’s referendum on membership of the European Union. It was ventured that an eventual consensus that is perceived to be wrong may be more damaging to the profession than an initial sense of disagreement.

Jagjit Chadha implored economists from academia and the media to gain employment experience in each other’s domains so that by ‘spending time in each other’s houses’, understanding may be forged. As Robert Capa suggests in the quotation above, closeness to the subject of interest can matter. But the fact that Capa died stepping on a landmine might give us caution about taking such easy lessons from other domains.