Advice from Economists in the Public Eye

At the recent Economics Network event on engaging the public (which you can read more about here and here), we asked a handful of the UK’s most recognisable economists for their advice on communicating economics – you can watch the video or read the summary below.

Keep your words simple and your ideas relevant

Undercover Economist Tim Harford and IFS Director Paul Johnson argue that it’s not good enough to just avoid jargon, you should also avoid ‘artificial’, hypothetical ideas and instead talk about things that are real to people, that matter to people, that engage and even excite people. When talking about trade offs for example, don’t use the lazy, dead metaphors like ‘jam today or jam tomorrow’, give real examples of the sort of trade offs you actually mean.

Be specific and concrete

This is often a challenge for economists, especially when their models are theoretical or the data they use are difficult to interpret. But just because something is difficult, doesn’t mean you shouldn’t try. It is easy for something to sound sensible in the context of economic research only to be meaningless in the outside world. For example, ‘a 10 percentage point increase in educational attainment’ means nothing if you can’t relate it to the real world of education. For starters, no parent or child cares about ‘educational attainment’, they care about grades. Does this mean ‘average grades are 10% higher’ or ‘10% more people achieved a grade C or above’.

Jagjit Chadha, the director of the think tank NIESR, says to keep your points as visual as possible – a killer chart will help people remember something in a way that words or numbers cannot. His advice: show the chart, show it early and show it with conviction. 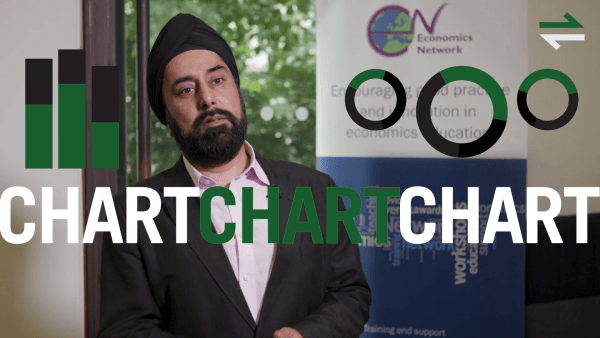 Diane Coyle points out that writing and communicating in all its forms is a craft skill, whether it’s jotting down paragraphs on the page or popping out quick tweets or doing live interviews. The more you practice, the better you will become.

Perhaps the most important lesson for economists is to be brave. Angus Armstrong, also of NIESR, talks about how an economist’s job is to change things, and not shy away from making important points when the evidence points that way. But don’t treat your audience as a lecture hall – they need to be persuaded by a good argument, not convinced by just being told the answer. Be clear, be honest and be persuasive.